Raising teenagers has been a question for generations. How much freedom do you allow a teen? How many guidelines do you give them? Do you allow sleepovers? The answers aren’t cut and dry, but I’ll share with you the rules we have in our home, and why we have come to these as a conclusion. 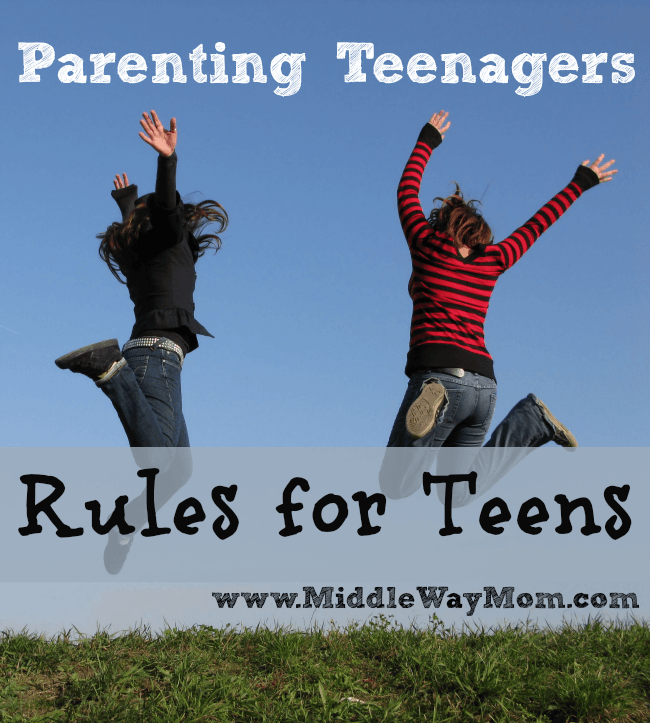 Sleepovers are a big question even from the elementary years. Do you allow them? Only for specific families? When Kira was little, I didn’t have any problem with sleepovers, but keep in mind I wasn’t Muslim until she was 7. Even at that point, I wasn’t always congnicent about the issues that could arise. I didn’t think about whether the parents had alcohol in the house, or what they were allowing on TV. Also, most parenting styles are quite similar for 7 year olds, but things get drastically different for parents raising teens.

Now, we are very selective of where she can spend the night with friends. Two big questions are whether there’s alcohol in the house, and whether the friend has a brother in the house. Both these will give us great pause. Still, I’ve found I can’t always say no when I want to since I share her time with my ex. If I say no too often, then her dad will normally allow it, just to compensate. This means that sometimes she attends events or sleepovers I would not allow for her half siblings since both Hubby and I are on the same page with what is allowed, and why.

Technology for teens is such a big issue to think about! There’s social media, Internet access, and cell phone use. You hear horror stories of kids sharing too much online and either entering troubled waters, or regretting it because they didn’t realize how fast the Internet can turn against them. Cyber bullying is real, and most parents would normally never have any clue it’s happening. Again, Kira’s dad’s side of the family will compensate when they feel I’m being too strict, or if they are just feeling generous and not thinking through the same issues that I consider. Kira got a cell phone from her grandma when she was 7, and at 10 years old I took over the cell phone bill so I could have more control. Since then, we’ve gone back and forth with allowing her to have a smart phone.

Our rule is the phone is ours. She’s allowed to use it at her leisure, but if it’s used in a way we don’t approve. It goes away. We don’t owe her anything, and I don’t care who bought it for her.

As for social media, we allow Instagram and Twitter, though I know she’s installed other social media without asking, and I’ve let it go for the most part, until I see an issue. I am allowed to look at her phone and through her social media at any time. If I ask for a password, she must give it to me. No questions asked. It’s rare that I exercise this right, but it is clear that if there is any argument about it, the phone goes away and we will lock down the Internet at home.

Lastly, if we feel the need to lock down her Internet connected devices, we know that Net Nanny is the best on the market, has awesome control features, easy to use, and we can install it on her dad’s computer as well to make sure everything stays in line. We used it in the past when Kira still was young and couldn’t fully grasp the extent of her actions online, and I plan to use it again when my littles are old enough to use the computer, but young enough they need supervision. It’s better to be safe than sorry, so I plan to start early with locking down the computer.

We don’t have a specific curfew at this time. Really, we make the decision based on the event. Right or wrong, that’s where we’re at. She’s 14, so I don’t feel a need to allow everything that happens before a specific time, or to deny anything after a specific time. We don’t want to lock ourselves into a rule that is too rigid to bend with various needs and situations.

I’ve written about boys, and why chastity is the ultimate goal. Kira knows our expectations, and this is one area that I do not relax my expectations or rules because she splits her time. While I don’t expect she will be perfect, I do plan to keep the goal of chastity and no dating before she’s ready for marriage. Even if she slips up, she can always return to this goal, in sha Allah. Heck, I spent my early 20’s in a secular lifestyle, which obviously includes dating, and chose to stop dating other than for the purpose of marriage at age 25. It’s not impossible to take a step back from what you’ve been doing.

Halloween and Valentine’s Day are two holidays most people don’t consider religious, so it’s less obvious why we choose not to celebrate them in our home. Again, this is an area that I feel the need to be a bit more flexible since she shares time. We always talk about why we don’t celebrate these holidays, their origins, and better alternatives to the typical holiday celebrations. I was really proud of Kira this year when a friend asked her to go trick-or-treating with her (yes, a fellow teen. LOL), and Kira suggested instead to get candy on sale and stay in to watch movies. Way to halal-ify it, Kira, mashaAllah!

I wish I could say I feel comfortable with each of these points and where Kira’s at with following all the guidelines, or what is allowed at her dad’s house, but we celebrate the victories and remind ourselves of Allah’s forgiveness for the shortcomings. I can’t control everything (no one can, of course), and the fact that she spends three nights a week sleeping at her dad’s house makes things a bit harder. Still, we can try to explain WHY we have certain rules, and the worldly reasons why they make sense to in sha Allah (God willing) help them stick.

What are some rules for teens you have regarding social media, internet use, boys, holidays, and everything else?