Raising a Muslim child isn’t easy in the first place. Add in the fact that western society finds many of our values archaic and useless, it becomes an uphill climb. But what about when your child spends half their week with your ex who is not, never has been, and has no interest in being, Muslim?

Some situations are downright hostile, while others can have periods of relative peace. No matter what the situation is, trying to instill Islamic values and providing some education should be a priority. This may be greater or less depending on each individual situation, but as the saying goes, “When there’s a will, there’s a way.” 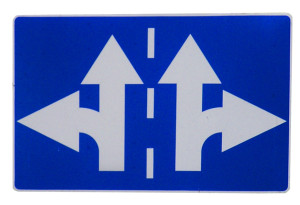 Obviously, start with what’s fard (obligatory). What is most important to you, and of what isn’t fard, what do you think is reasonable to request? I’ve asked that Care Bear be given time to pray, not have to eat pork, and be allowed to fast. We only eat zabihah in our home, but I think it’s unreasonable to ask this at her dad’s house. I do ask that she’s able to be with us on Eid, even if it falls on his day also. Remember, the more you ask, the more he has the chance to say no, and the more it becomes a power struggle. If the child isn’t doing things that are outright haram (forbidden) or directly lead to haram, then it may not be worth the battle.

This goes for both the child and the ex. So many people see Islam as a list of do’s and don’t’s, but don’t realize the how and why of it all. We do what we do because we believe there is one God and He is All Mighty, All Knowing, Ever Merciful. We naturally want to please Him and we honestly believe that pleasing Allah makes the world a better place. Our belief should be portrayed in our requests, and explanation should be given on why we do what we do. Why do we not allow our teens to date? Why do we not listen to music? Come prepared to explain the worldly reasons for why things are beneficial, and make sure your child knows some of these reasons as well. “Because I said so” or “because we are commanded” assumes a full submission to the one commanding. With children, you can’t assume full submission at all times. There will be times when they will question Islam, and that’s normal, especially when they spend part of their time with a parent that does not believe in Islam.

How would you approach the situation differently if you considered this to be a dawah opportunity and not just a logistics matter with your child? Obviously, at some point my ex and I liked each other enough to make a child, and we were together for a couple years. I’ve known him for half my life now, and he has watched me change from the feisty 15 year old to a responsible 30 year old. He knows the change that Islam has had on me and has judged Islam accordingly. Alhamdulilah, when he honestly looks at it, he sees the positive change Islam has brought. Even if your ex makes you grit your teeth by their mere presence, make sure you uphold a positive Islamic image at all times. And, as dawah naturally involves education, remember the last point also.

There’s something about relationships with an ex that it seems it’s like a toddler all over again; they seem to push the boundaries to see where they lie. Don’t back down but don’t give in. There’s compromise and there’s being a doormat, find the balance. It’s not easy remaining patient because the most important person in your life is on the line, but losing your patience never solves anything. Ever remember screaming in someone’s face and they said, “You know, you have a point. I’m sorry.”? Yeah, me neither. Allah is with the patient.

Know your rights and responsibilities

Talking bad about your child’s other parent to the point that it makes your child dislike them and not want to see them anymore is grounds for the offended parent to gain full custody. Don’t make this mistake. Also, it benefits no one for your child to hate their other parent. What are the laws in your state for custody? If you don’t have a specific court order for various things, get one. To be completely blunt, it doesn’t matter if you get along great. Things change and then you’re screwed. Get one and cover your butt. Do not take advantage of your ex by impeding on their rights. This goes back to the dawah point as well.

Be a good Muslim and expect good treatment in return. It isn’t always easy, and it can get downright ugly at times, but the relationship with an ex in which you have a child is an important one. No matter if you like it or not, you have to nurture it enough to co-parent your child as best as you can, in sha Allah