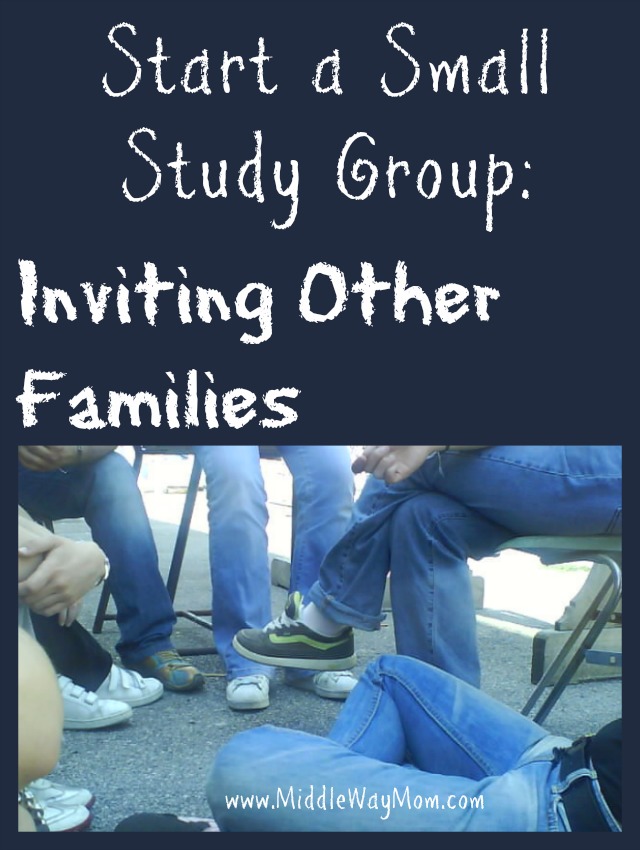 Many times starting a small study group or class is a great idea. Other times, not so much. There are many things to consider when you want to start a small group for studying or holding a class, specifically the people who will be involved. What are things to consider?

Before we get started, just keep in mind this is for groups where you are inviting 1-4 families to join in studying a specific topic. This is a more intimate group, and should be considered as such.

Don’t be cliquey about it. Maybe your friends aren’t the best people to be in a small study group, and even if they are, there can be benefit in branching out beyond your circle of friends. Maybe you’re just trying something out and are not very certain it’s going to work very well. In that case, staying with a forgiving group of friends is a good idea. Otherwise, consider reaching out to a slightly wider audience to see what type of interest you can find.

When you want to start a small group (5 or less families), it can be extremely awkward to have one or more families that parent in a way that you don’t respect. You don’t have to agree with everything another parent does, but you should at least have a respect for them and their decision making. If you don’t have at least a general respect for how they parent, then for both of your sake, don’t invite them.

Along the same lines, do you generally enjoy the kids that will be involved? Do they show respect to you, your kids, and your property? Again, you don’t have to agree with everything they do or say, and they don’t need to sit quietly in a corner at all times, but it should be a relatively healthy relationship if you’re choosing to invite them to your study group.

Can you rely on the families you’re inviting? When a plan is set, do they consider it a high priority to keep to the plan? Having a family that wishes to change plans, and another family that wants to stick to a pre-defined plan can cause tension. Sometimes friends have the communication skills to bridge these two attitudes, but it should be recognized early on and accommodated throughout the course of the small study group. Don’t have that underlying friendship to support the divide? I’d suggest not to invite them to groups where their participation is needed for the running of the group.

Everyone doesn’t have to do everything

We attend a fairly informal homeschool group, and we are frequently trying new things and aiming to provide more classes or group study options. One thing that has held us up from going forward on some ideas is when not everyone agrees on the activity. What we’ve had to learn is that everyone doesn’t have to participate in everything. We can pick and choose the activities we want to be a part of, and leave the rest. It’s okay to move forward even if someone doesn’t plan to take part.

Have you tried to start a small study group? What things worked and what didn’t?

Photo courtesy of Chiara Marra, edited by me.