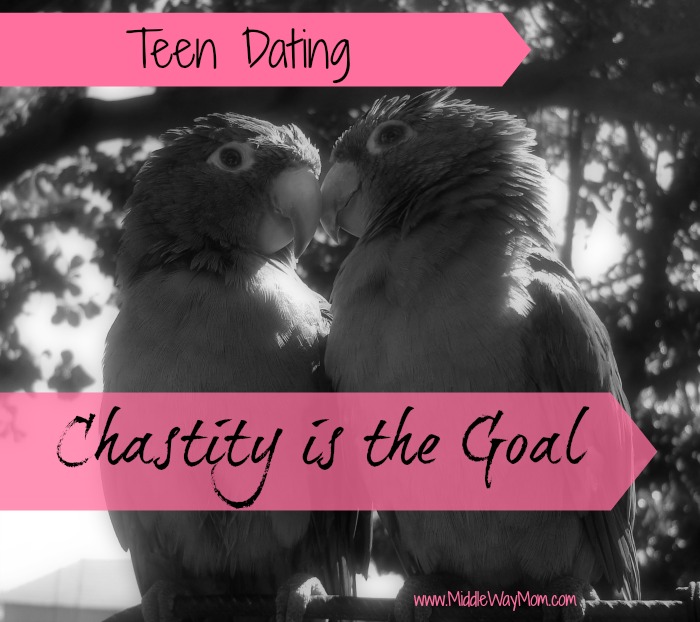 Dating and chastity. What a loaded topic. Dating is treated like a right of passage, so when someone hears that we do not allow Care Bear to date until she’s ready to get married, we get a look as if we are going off the deep end.

As you may know, Care Bear splits her time with Hubby and me, and her dad (my ex) who is not Muslim. How in the world do we hope that she will retain our morals and values? I can’t say it’s simple, but each step is intentional, in sha Allah.

As with any hope in this world, we have to make du’a (supplication) that Allah will allow what we want to come to pass, and to give us patience if things are not going the way we wish. If we don’t have the Lord of the Worlds on our side, then all other attempts at success are futile.

Mom and Dad are not the ones making the rules. We are just providing guidance to follow Allah’s commands. Our kids should learn to look up the daleel for themselves, but in the early years we should also provide this.

“Whenever a man is alone with a (unrelated) woman, the Devil makes a third.” (Sahih Bukhari)

“Whoever believes in Allah and the Last Day, let him not have a private audience with a woman without her mahram (guardian).” (Ahmad)

While I would hope that Care Bear’s biggest drive to abstain from dating and keep her chastity is because she wants to please her Creator, we have to be realistic. It’s hard for a teen to stay on the straight path, and hard to see long term consequences. It’s hard to remember that your days are numbered when it feels like you’re just starting out in life. For that reason, I feel it is absolutely necessary to explain the worldly benefits of keeping dating purely for the purpose of finding a husband. Some reasons we have given are:

We do not try to point out people that we know in the context of, “Wow, look how badly their life turned out. Don’t do that!” but there are lessons to be learned from observing those around us. Oftentimes, I actually use the example of Care Bear’s dad and I. We thought we were in love, but really, we were dating for fun and weren’t concentrating on finding a spouse. In the end, we found out we were not compatible. We probably could have found out much earlier on if we started with the important questions, before we were emotionally attached to each other. Care Bear seeing some of the hard times makes this example very real of what a break up can look like. It’s unfortunate, but it does drive home the point that when you’re dating, if marriage isn’t on the line, all the trouble could be for nothing

The idea of chastity should not be brought up just once or twice, but it should be a continued conversation. Both Mom and Dad should show their support in their teen wading through the dating waters, especially when trying not to participate. It will be tough, and crushes are to be expected! It’s what you do about the crush that distinguishes you. At the teen years, “Mom said not to” isn’t sufficient any more. Loving support and encouragement in a friendly manner goes much further.

Chastity is the goal

In our sex-filled world, it’s hard to imagine people waiting until marriage to be intimate, especially given we are guiding our kids to not holding hands or kissing before marriage. Alhamdulilah, Hubby is an example to my children of someone who waited until marriage for intimacy, so it’s easy to see it isn’t impossible. It requires resolve and perseverance at times. There may be times it is laughed at and ridiculed. The biggest heroes we remember over the course of history were not popular in their own time. Still, they continued on doing what they believed to be right. I tell Care Bear, don’t be ordinary. Chastity is the goal – of heart, mind, lips, and all.