Middle Way Mom uses affiliate links in posts and sidebar ads. Please refer to my Disclosure Policy for more information.
You are here: Home / Homeschool / Companion Collection Review: Learning about the best of our ummah

Have you ever considered the importance of learning about the lives of the companions of the Prophet (sws)? Why should you take the time to teach your children about the people who surrounded the blessed messenger? And how does that effect our lives today?

As the Muslim minority, the lives of the companions is a big deal! We learn from so many examples how to handle adversity by the non-Muslim majority, and how converts would shed old habits and pick up new ones. As homeschoolers, we try to paint a vivid picture of times in history, whether it is about the atrocities of the holocaust, the struggles of the civil rights movement in America, the spread of empires, and so many more. Let’s work on painting that vivid picture with Islamic history as well, in sha Allah! 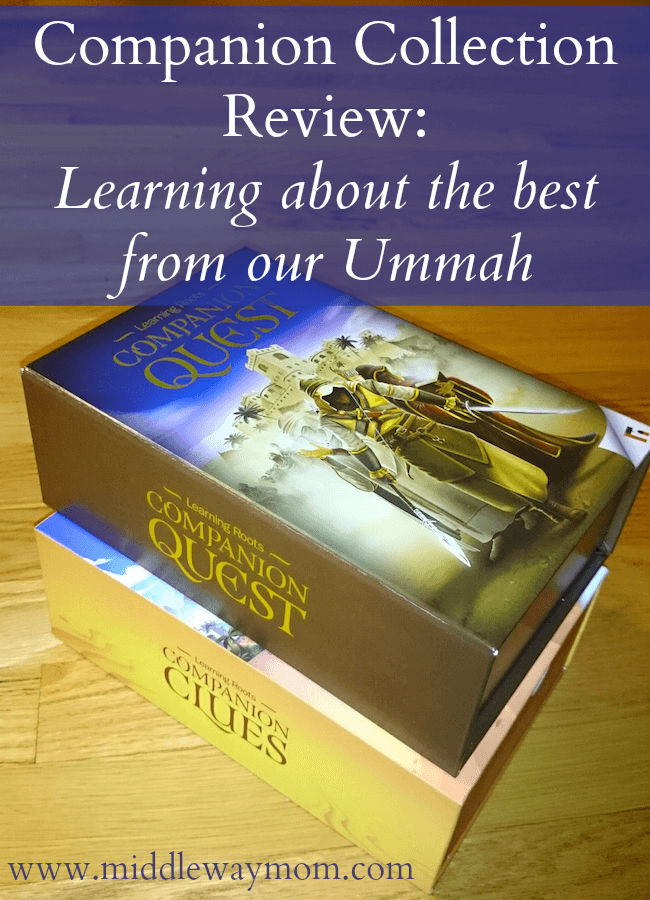 Getting started learning about the companions

I have to admit that knowing about the lives of the companions is a weakness in my Islamic knowledge. I would start listening to a lecture, and would either be interrupted a million times by my kids, or I would end up tuning it out because it felt like a never-ending, “And then he did this, and she said that, and she did this, and he did that. Blah blah blah.” I want to know this information, but I don’t want to basically listen to a textbook in audio format!

It wasn’t until I opened the box to look at the cards with gain knowledge, and I can see myself learning so much from even the simpler version because each card includes not only the possible answers, but also tidbits of information about each companion to build your picture of their life and times. 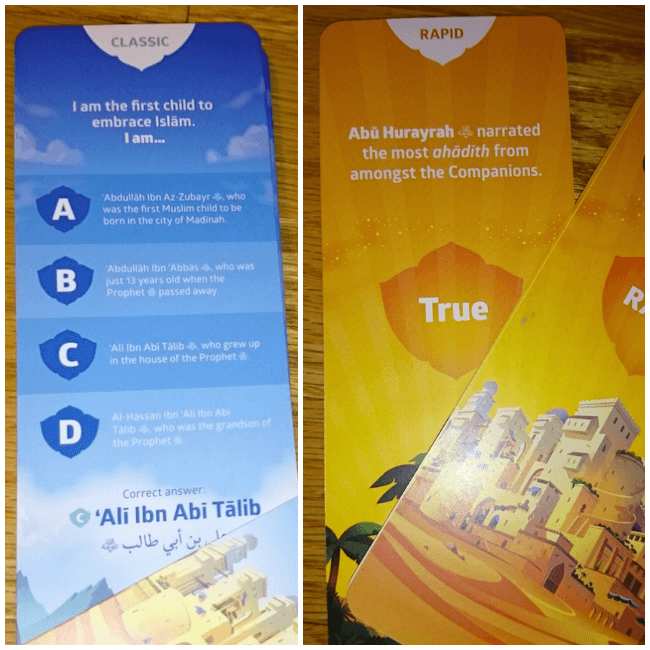 I’ve written before on how greatly I value playing games with my family, especially as a way to have time with Kira, my 15 year old daughter. It’s hard to find activities that so many age ranges want to participate in, and alhamdulilah, we’ve found that board games are fantastic. Plus, they have the added bonus compared to video games in that you actually look at the other people around you. Now I’m excited to add an Islamic game to the mix, and, my young children will be able to join in far earlier than with our other board games since there are two levels of questions with the and thoroughness. Speaking honestly, I’m disappointed all too often at the grammar and quality used in many Islamic resources, but Learning Roots has raised the bar and in sha Allah will be setting the new standard. The images are gorgeous, the language is smoother, clear, and easy to read, and most importantly, the content is interesting and engaging. 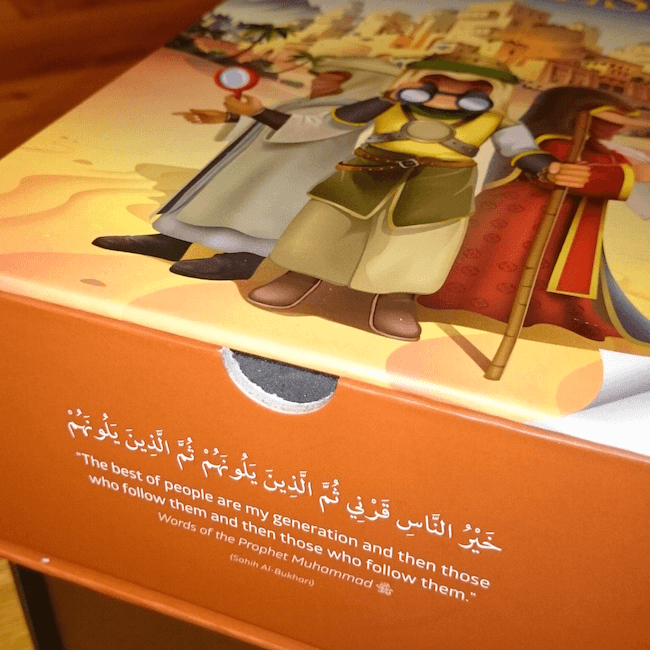 I know I’m not the only mom that gives my kids gifts that really boil down to items I want them to use, and sometimes they aren’t all that excited about them. I believe and you are still getting them something that will in sha Allah build their Muslim identity and their Islamic knowledge.

You don’t need to know a lot to get started with the game and have a good time, but if you’re nervous about having very little knowledge to get started, I would suggest get you started as a family, in sha Allah.

Order now to get it in time for Eid, in sha Allah!