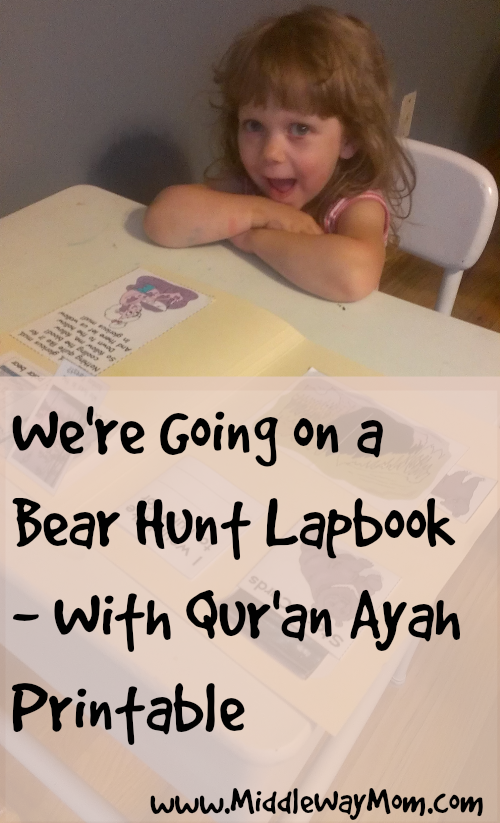 tory/dp/1416936653/ref=sr_1_2?ie=UTF8&qid=1409110917&sr=8-2&keywords=going+on+a+bear+hunt” target=”_blank” rel=”nofollow”>We’re Going on a Bear Hunt is such a fun book – one of Aamina’s favorites already – and so it seemed the perfect fit to be our introduction to lapbooking! All I can say is Wow! Aamina went from being very hesitant to do anything school-like, to asking to do school multiple times a day! Lapbooking has made such a big change in our house, and I’m really excited to start sharing it with all of you! 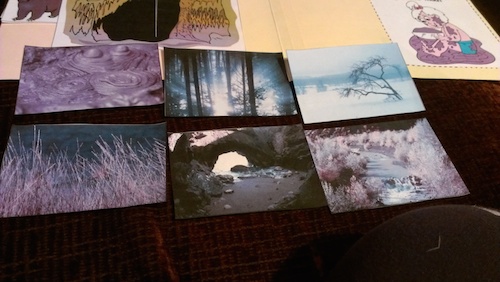 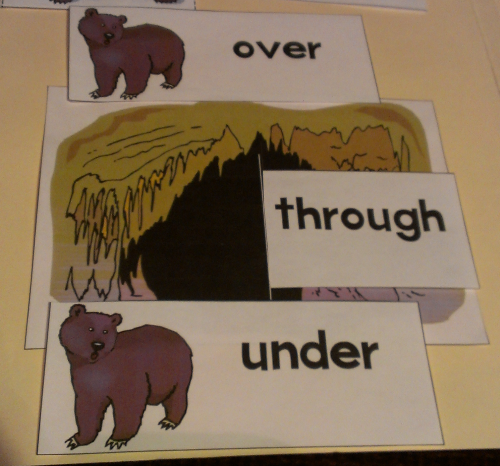 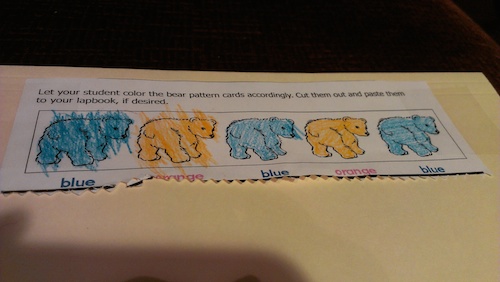 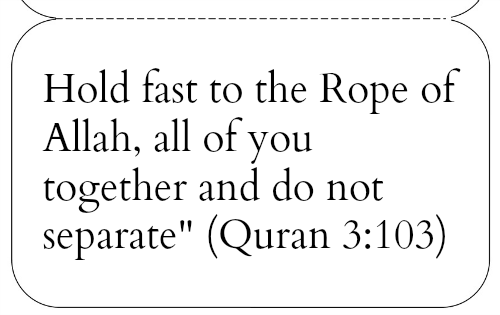