The following is a post by Gemma from OurMuslimHomeschool.com

Education is not merely the memorisation of facts, but rather it is an upbringing that caters to the mind, body and heart of a child. This may be achieved through the provision of a nurturing environment, excellent role models, and mind-expanding books.

In this series of blog posts, I will endeavour to explain the Charlotte Mason approach to education from a Muslim’s perspective; touching upon the main principles of her educational philosophy and how these can be viewed and implemented from within a Muslim family. 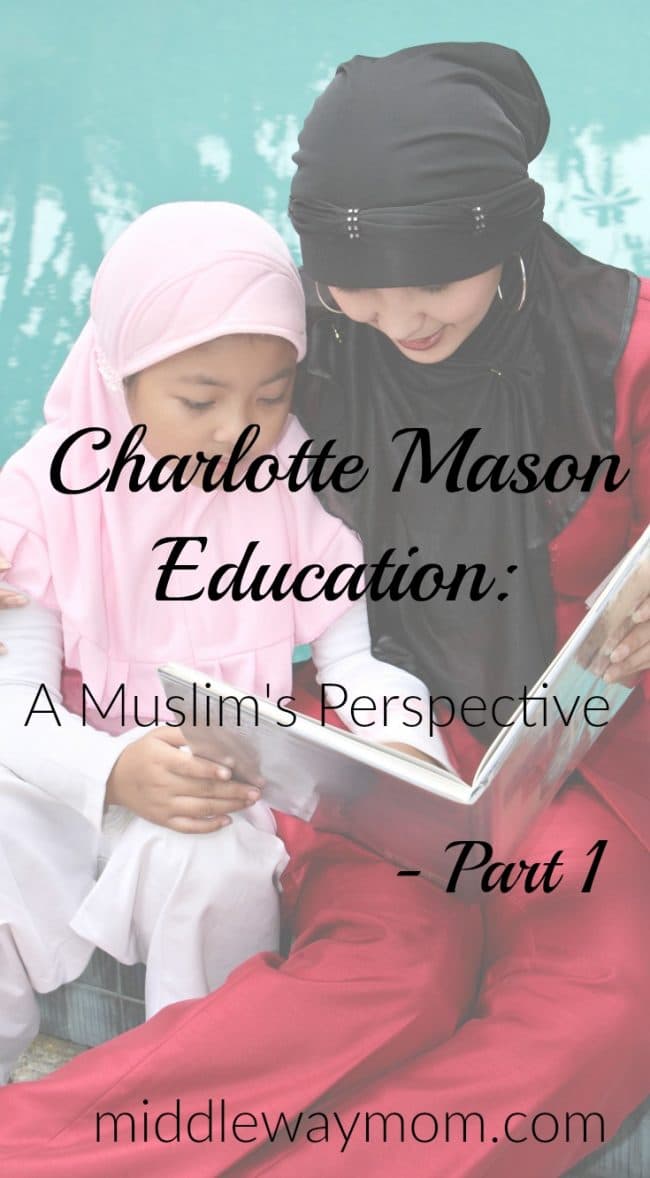 Who was Charlotte Mason?

Charlotte Mason, a revolutionary British educator who worked at the turn of the Twentieth century, passionately advocated that children be treated with respect and compassion. In an age where harsh utilitarian education was the norm in mainstream schools, Charlotte Mason’s approach was not only revolutionary, but also a much needed catharsis from current educational climate.

Charlotte Mason was a devout Christian, and Christian ideology runs throughout her educational philosophies. This different religious perspective did not deter me, rather I found her God-centred approach to education to be a refreshing change from the secular mainstream education, where God has been forgotten.

Charlotte Mason famously wrote, “Children are born persons” i.e. they ARE as they are MEANT TO BE; not missing or deficient of anything. She promoted the idea that children are not vessels waiting to be filled with information their parents consider to be “worthy”, but rather they contain within their own essence an ability to learn and achieve if given the right opportunities.

She encouraged parents to take the role of a “shepherd” who gently and subtly guides, whilst protecting them from afar; rather than the traditional role of a teacher who instructs and lectures on information they deem to be worthwhile.

The Nature of a Child

As a Muslim mother, I was familiar with many of these concepts before. Charlotte Mason’s educational philosophy resonates with my educational and religious principles.

The Islamic faith teaches that children are born in a “state of fitra”, i.e. a spiritual state that inclines towards “Tawheed” (Oneness of God), with the ability to do both good and evil. Muslims are taught that the soul of a child is created and perfectly crafted by Allah (swt), the Most Wise (Al-Hakim).

The Prophet Muhammad (saw) also taught us the soul is blown into the fetus by an angel when the mother is 4 months pregnant. The angel then writes down this person’s deeds, provision, the date of his/her death, and whether that soul will be destined for Jannah or Jahanum.

The word for provision in this hadith does not only pertain to money or wealth, but it also refers to knowledge. The knowledge that you child will retain, as an outcome of his education and upbringing, has been preordained by Allah. It is already written.

It is for this reason that I agree whole-heartedly with Charlotte Mason when she declares that children are to be treated with respect and as “whole persons.” They are not deficient, or less intelligent, but souls created by God in the most perfect way.

Since I began to embrace this concept in my home, I have seen my entire approach to homeschooling shift. Stress and tension have been replaced with balance and a delight for learning. Embracing who my children are, along with the other principles Charlotte Mason encouraged, has seen them flourish and brought an abundance of joy to our home.

If you would like to learn more about the Charlotte Mason approach to home education, look out for Part 2 in this series next month insha’Allah.

For further reading, I would recommend visitng SimplyCharlotteMason.com and AmblesideOnline.org

Dr Gemma Elizabeth is a homeschooling mother of three from the U.K. As a passionate advocate for home education, she writes widely on the subject for various publications and speaks to mothers across the country about the benefits of homeschooling. In between the science experiments, read-alouds and math drills, she finds time to film videos for Youtube and writes on her blog OurMuslimHomeschool.com.