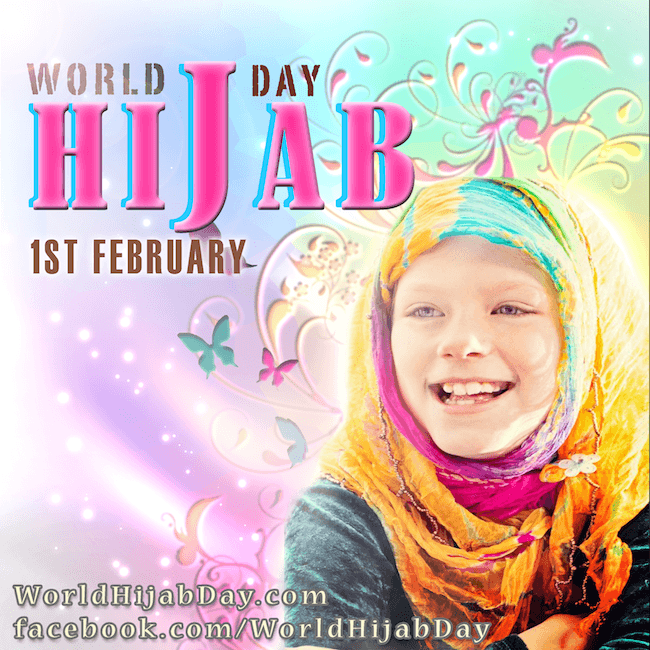 World Hijab Day is just three days away! Have you thought about participating? Here are some fabulous reasons why you should take on the hijab this Saturday!

It’s hard to really know what it feels like to be a hijabi (woman who wears hijab) without trying it yourself. Before I started wearing hijab full time, I would practice by wearing it to go grocery shopping, or other errands. At first I was extremely aware of how often people would be observing me, because it was new to me. I could think about how someone would feel, or what reactions they would get, but it was different to do it myself. For those who are thinking about wearing hijab full time, just take note that you don’t notice others as much after you’re used to it. It just becomes the norm. Also, most people are just genuinely curious and not hateful.

Again for those who are thinking of wearing it full time, but don’t feel committed quite yet, get to know the styles to choose from so you’ll be more comfortable when you are ready to start wearing it full time. Do you like the wrap style, two-piece stretchy style (amira hijab), square, etc? I tried many different styles before I started wearing hijab to work, but it was still an adjustment to start wearing it for many hours in a row. It all takes some getting used to, but now it’s second nature.

Hijab is not just a Muslim tradition. Any picture of Mary, the mother of Jesus (peace be upon him) is always pictured wearing hijab. It transcends religious lines when we look at the historical context. What did hijab mean during the course of history? Why did previous cultures consider it a norm? Why did it disappear from cultures, and how long did it remain in various religious traditions? Even in the 20th century, women would wear something to cover their hair when they would worship!

World Hijab Day is becoming a bit of a movement, increasing knowledge and understanding across religious lines. In sha Allah you’ll take part and let me know how it went!