I didn’t grow up in a political home. We watched the evening news sometimes, and may make a comment here or there, but there wasn’t much discussion about where we stood on any issues.

I’m not sure where I got the idea that one should vote. Maybe because my mom voted? It wasn’t until I was an adult that my dad openly disclosed that he hadn’t voted since the Nixon election.

“Nixon was a crook. If a guy like that can get voted in, the whole system is broken, and I don’t want to be a part of it.” He’d say.

Or, another common line from Dad, “Religion and politics: you never know what’s right or what’s the truth.” 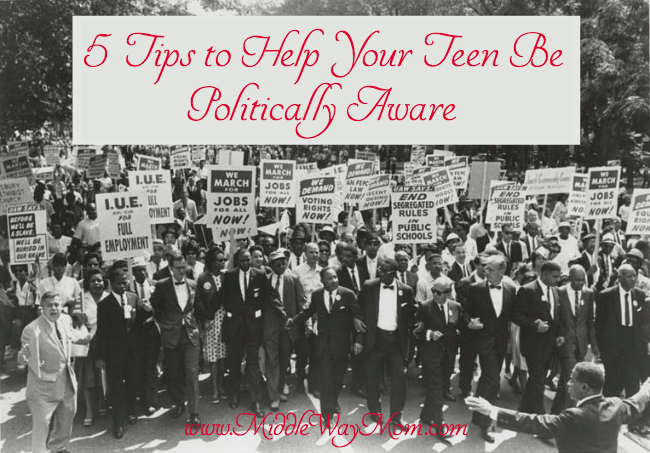 Still, I was irritated when my 18th birthday was one month after a presidential election. I wanted in! I wanted to vote!

I can’t assume that my kids are going to just magically be part of the political process without any nudge from me. It’s probably 50/50 on whether they’ll have any interest at all in what old men have to say about how to run the world.

In today’s politics, is the every day person even important any more? Why should the next generation get involved?

I’ve always felt that if you don’t participate in the system in the simplest of way: voting for president, you don’t get to complain about the outcome. If my kids do nothing more than vote for president every four years, I’ll be satisfied.

I want my kids to be well informed when they vote also, which is why I’m starting with my teen this political season.

I’ve watched nearly all the debates on both sides, and Kira (16 years old) has watched a couple debates with me, as time allows. Along the same thought process of reading Qur’an instead of reading what someone else has to say about the Qur’an, I believe it’s important for us to see what the candidates have to say in the context in which they say it.

Everyone can sound terrible in carefully chosen sound bites. Let’s not get caught up in the hype that mainstream media can be.

The debates are a perfect time to talk about the principles of logic! Politicians are famous for answering a question without actually giving any information, or evoking emotion rather than giving real argument . Use this as a time to put those logic fallacies to work, and maybe instead of filling out worksheets, just find clips of the presidential debates to find fallacies and discuss possible alternative arguments. 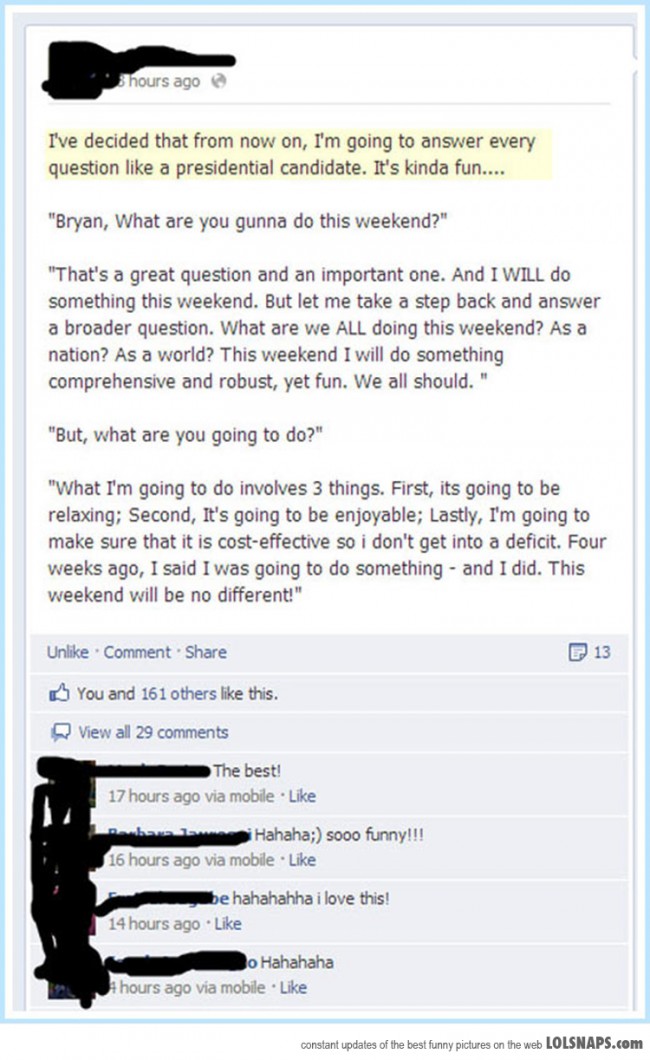 It’s a bit embarrassing, but I didn’t really know how people got put on the ballot until this most recent election cycle. I knew there was some type of voting that happened ahead of time, but I wasn’t sure of the details, and I had no idea there were debates you could watch to help you decide who to vote for on the ballot. I want to make sure that my kids have a bit more knowledge than I did, so they can be involved in the process.

I can’t remember who said it, but I heard someone talking about why it’s so important for the layman to feel that he has a voice in the political process. When the average Joe feels that his voice doesn’t make a difference, and will no longer stand up for what he feels is right, then the power-hungry and corrupt are what remain.

We need someone who is looking out for the common people, and in order to put those people into political positions, you need to be involved.

Keep up on recent news

Do your teen a favor and try to provide them with high-quality information, not just the hype. There is a lot of hype out there, and most of it diverts the reader from the real issues. Help your student see which news stories provide value, and which ones are just trying to sell a story.

Also, make sure you are coming across stories that are different than your personal point of view or worldview. If you usually lean left, see what those on the right are saying, and vice versa. Everyone is entitled to their opinion, and it’s good for us to not get so stuck in ours that we lack the empathy to try to see an issue from another’s point of view.

Okay, so your teen might not be able to vote, but why can’t they join you when you vote? I’m unsure of the rules at caucus and primaries, but see how involved they can be, and then in sha Allah when they are more independent, they’ll know how to be part of the process!

It’s so powerful for a teen to feel like they can make a difference. Help them know how to cut through the mud-slinging that happens in the election season and how to make their voice heard, in sha Allah!

Have you gotten your child involved in this election cycle? How so?